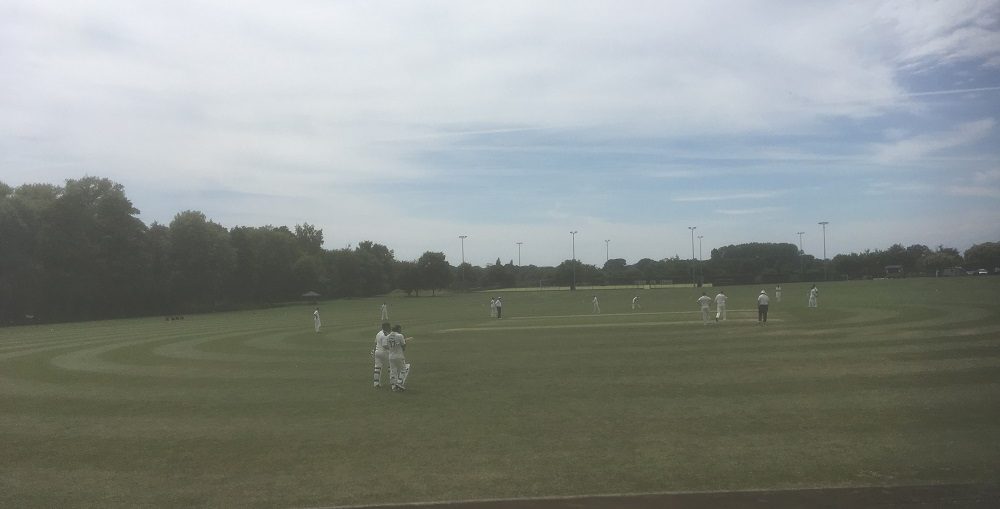 It was a beautiful day at Iwerne Minster, and the ground looked a real picture, but there were some gremlins lying in the track. Query skipper Simon Campbell won the toss and opted to field first and it took little time to realise he had made a momentous decision. With the first ball being bowled at 1130, Cormorants were 5 down within the hour, and 8 down when the players went for lunch. After a sumptuous lunch lasting an hour, it took just another 75 minutes to bowl the Cormorants out for 105. Rupert Bagnall [7-2-19-3], Jack Campbell [6-1-22-2], Baz Laksamba [6-2-13-2] and Julian Lishman [6.4-4-6-2] had done all the damage helped by some fine glove work from Dan Hodder and two good catches.

In our reply, Tom Churchill set off at a gallop, tasking 13 off the first over but soon popped up a catch. Manny Gurung was bowled soon after and we were 19/2. Ian McMurray and Baz Laksamba didn’t last long either and we were 25/4. But James Leworthy and Dan Hodder steadied the ship and we climbed to 59 before James was bowled. Dan didn’t like his lbw decision at 78, and this left the Campbell family to see us to the line with Simon [29] just outpacing son Jack [14] and we won by 4 wickets in the 36th over and well before the final 20 overs were due to start.