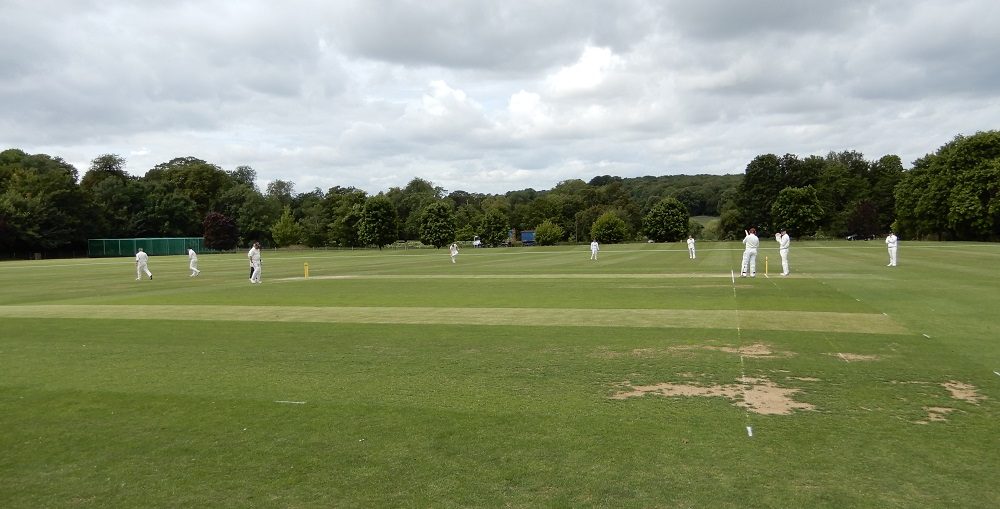 There were high hopes of a decent encounter with The Incogniti CC today at Tidworth. Although some rain was forecast just after lunch, there was little sign of it as Incogniti won the toss and decided to bat on what was pretty much a road!  Despite the best efforts of the Queries bowlers, they scored quickly from the off and put a lot of pressure on the fielders. When a deep mid wicket catch was held by Jeff Haywood for the first wicket the score was 129 and it was the 30th over. A second wicket came quite quickly, then a third and a fourth, and Incogniti declared after 53 overs at 300. Queries would get 25 minutes batting before tea at 4:30pm and then a further 70 minutes at the crease before the final 20 overs started at 6.00pm. However the rain came and put paid to all that! After just 14 overs the match was abandoned as a draw with Queries at 77 for 2 [we think: the score book is not accurate]. It was a pity because Tom Shaw whom we haven’t seen for ages looked in great touch; Jeff Haywood likewise before he got a quite dodgy lbw decision.

Off the field of play, it was marvellous to see Query Vice Presidents David Germain and Peter Salisbury at the ground to watch, as well as Tom’s mother Fiona whom we also haven’t seen for quite a while. Hopefully Tom and Jeff will come back and play some more Queries cricket before ‘ere long.