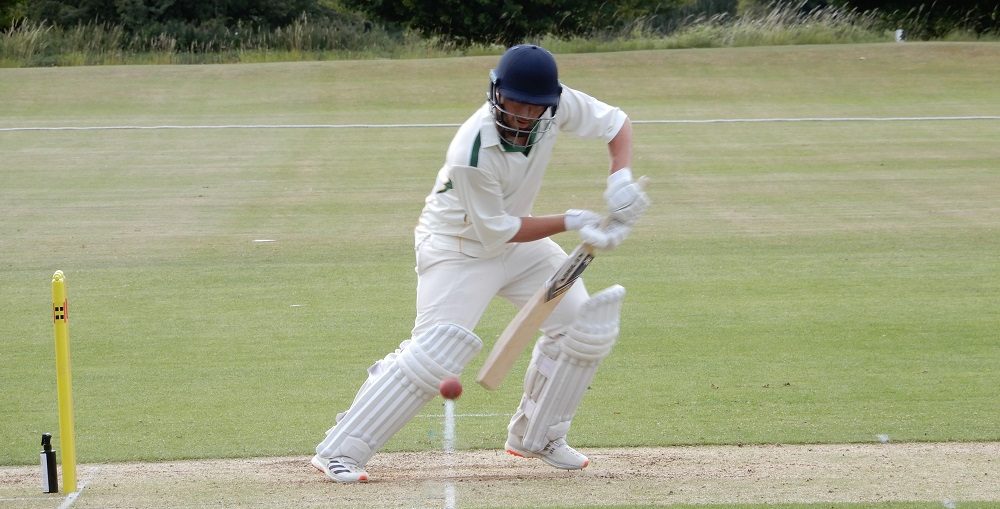 Today we played The Incogniti CC at the Tidworth ground. A team of experience and youth lead by Tom Shaw who lost the toss and was put in the field. Perhaps the Incogniti regretted that decision when they were 2 down for 11 runs after just 18 minutes Olly Illingworth taking both wickets. A 3rd wicket stand of 84 runs followed, and then 4 wickets fell in the space of 16 runs thanks to some good catching. After another stand of 50 runs or so, the final 4 wickets fell in the space of 30 runs and Incogniti were all out for 190 in their 37th over. 3 to Olly Illingworth, 3 to David Bromley, 2 to Iain Kiy, and one apiece  for Tom Andrew and Jack Bramwell. In all, 8 wickets fell to catches.

Our reply started quite soundly and what a pleasure it was to see James Illingworth opening the Query batting again after an absence of a year or three! With Ian McMurray, they put on 28 for the first wicket when Ian was trapped lbw for 11. A stand of 28 followed with Tom Churchill [33], and with 90 on the board, partnering skipper Tom Shaw, James was out lbw for 35. Tom then became the anchor and was confident that he and “the engine room” as he called Jack Bramwell and David Bromley would see the side home. How wrong! Jack was given out lbw for 27, Tom Andrew went for a golden duck, and David Bromley also got a duck. We were 142 for 6 with 8 overs left. Tom batted on confidently and with Edd Sutthery saw us home in the 38th over to a 4 wicket victory, with our skipper carrying his bat for 52*.

Many thanks to groundsman John for giving us a decent track to play on: and also to The Incogniti for being such pleasant and affable cricketers to play against: and to scorer Jakki Knight for dong all the hard work.

This Sunday 9th August we play our third fixture against Farley CC.