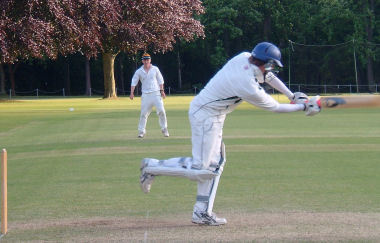 7 years of century-less Query cricket was put right yesterday as Tom Shaw hit 133 in the match against The Frogs CC at the Tidworth Ground. The last time Tom “got the ton” was in 2013 when he scored 138 against The Grannies CC at Devizes.